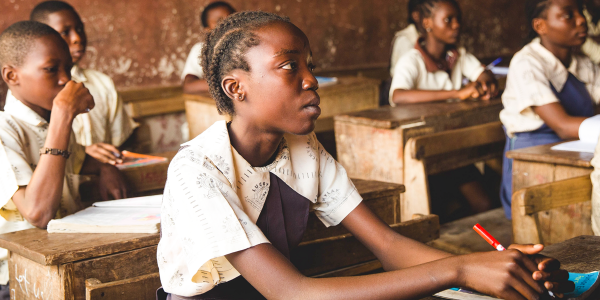 Communities in the two Anglophone areas of Cameroon – North West & South West Regions have not lived in the peace they use to enjoy since October 2016 following outbreak of a civil conflict. Overtime, Anglophones in the South West and North West regions, who make up only about 20% of Cameroon’s 25.9 million population, have felt marginalized by the Francophone dominated government in political, economic and socio-cultural spheres. Escalation of the violence since 2017 brought to light several non-state armed separatist groups. These secessionist groups are determined to see the North West and South West regions of Cameroon completely separated from the rest of the country and form its own state referred to as Ambazonia. They have sustained their claims and continued to fight government forces.
This has resulted in a serious humanitarian crisis where village communities have been the most affected. There have been mass displacements within and out of the affected regions and these people need assistance. In normal peaceful times, lack of water, adequate food & nutrition, decent shelter, electricity and healthcare already are usually the biggest threats to human life especially for the often neglected rural communities across most of Africa including Cameroon. This situation becomes worse following a natural or man-made disaster like this one.

The crisis remains underfunded, leaving most communities unreached with food and livelihood assistance. Only 8% of the 2019 beneficiaries (20,589 people) received agriculture and livelihood support. Currently, there are critical needs gaps in all divisions of south west that are not being addressed by current actors. Data from the food security cluster from January 2020 indicates that over 90% of target beneficiaries in Fako and Meme were unassisted. Although these numbers were exacerbated during the election period, thousands of households in both divisions have remained without food assistance and have been accruing vulnerability as a result. The main actors present in the southwest region who are active with food assistance interventions are very few: WFP, DRC, IRC, Caritas, being the main international actors and REO, CCREAD, EPDA being local NGOs.

Access to water for local communities was already an issue and now exacerbated by the insecurity. The majority of communities reportedly rely on a mix of improved and unimproved water sources –however a fifth relies on unimproved sources only. Reliance on unimproved water sources is more common among people living in villages and displaced communities. The 3 main issues that hamper water supply are lack of containers, water points and the fact that the latter are too far. By and by, the traditionally used means to fetch water and storage are jerry-cans. But with the outbreak of the conflict and many victims fleeing to the bushes in haste, most tend to leave behind this important aspect of daily life. Reason for the use of often filthy containers to store and fetch water. Water points are few and sparing in between. Where available they are not drinkable. Our assessment reports of use of streams and springs which double as bathing/washing points.

Big Village aims to connect with Diaspora communities, other persons & institutions of goodwill, expressing the plight of the affected populations and obtain their support to help facilitate access to their basic needs and livelihoods.

The project goal is to contribute to the wellbeing of local communities affected by the crisis in NW/SW region with emergency relief and reconstruction support. Specifically, we seek to assist most affected communities and persons with Food and basic WASH (water, sanitation and hygiene promotion) with the following outcomes and ouputs